According to USA Today:
Baltimore Ravens cornerback Tray Walker died Friday from injuries sustained a day earlier in a motorcycle accident in Miami, his agent Ronald Butler confirmed to USA TODAY Sports. Walker suffered head and other injuries when his dirt bike collided with an SUV on Thursday night. His family was at his bedside when he passed at about 5 p.m. ET in Friday, according to Butler. "He had the type of injuries that — unless he was treated within minutes of the accident — the survival rate is slim to none," Butler said. "He was not responsive the entire time he was transported to the hospital. I was able to see him this morning and I could kind of tell (the injuries could prove fatal)."


—
The Baltimore Sun reported:
Ravens quarterback Joe Flacco said he was devastated by the news.
“Tray was a young man who was full of energy and promise,” Flacco said. “This is very hard to wrap my head around. As a parent, I cannot imagine what his family is going through right now. All of my thoughts are with them. My hope is that we can be a little bit of help by being a second family for them.” 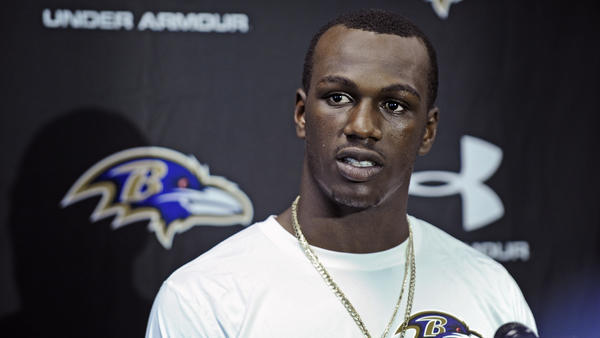 
—
According to an NFL.com report:
"Tray was a young man with a good and kind heart," Ravens coach John Harbaugh said in a statement. "He was humble and loved everything about being part of the Ravens' team. He loved his teammates, the practice and the preparation, and that showed every day. He was coachable, did his most to improve and worked to become the best.
"I'll never forget that smile. He always seemed to be next to me during the national anthem; then we would give each other a big hug. May he rest in the Peace of Christ Jesus forever."
NFL Commissioner Roger Goodell offered his condolences in a statement: "The loss of this young man is a terrible tragedy, and this is a sad day for everyone in the NFL. Our thoughts are with Tray's family and friends, his teammates, and the entire Baltimore Ravens organization."

Police said the dirt bike Walker was riding had no lights and he was not wearing a helmet. He was also wearing dark clothing at the time of the crash, police said. Police are continuing their investigation of the incident.

Riding motorcycles can be dangerous even if you wear protective equipment and observe all laws. If you or a loved one is injured in a motorcycle accident, contact the Law offices of Mark A Doughty which can be reached by calling 916-979-1917. Mark A Doughty has been practicing law in California since 1979. He has served the people of northern California and represented them without a fee (in accident cases) unless he recovers for them. For more information, please see http://GoLaw.com.
Posted by Unknown at 10:44 AM No comments: